OUR CARS
The exceptional results of our endless efforts
RMSE19
With an aim to improve the overall design and focus on the electric powertrain, the team developed its’ third electric racecar, RMSE19. It is ergonomically designed, safe and durable for track racing. With a 100kW motor, RMSE19 can accelerate from 0-100kmph in just 3.8 seconds and reach a maximum speed of 140kmph. With RMSE19, the team participated in Formula Green 2020 held at Kari Motor Speedway, Coimbatore, in February 2020.


- In house developed Battery Management System, which can manage up to 16 cells and supports Passive Cell Balancing.
- State of the art Data Acquisition system, from which the data acquired can be logged online through Wi-Fi.
- Light and ergonomic carbon fibre steering wheel.
- Water-propelled cooling system for motor and motor controller.
- Air-cooled battery box.

SABER
The team showcased its ability again by building an entirely electric racecar to run across the tracks of Formula Green 2017 in Coimbatore. Due to its unbeatable design and incredible technical support, SABER was able to beat the fastest team in the competition by a gap of 31 seconds in a friendly run. The panel was so impressed by its unique cooling system, cost-effectiveness, hard work, and dedication that they gave the team an honorary entry in the following Formula Green Competition.

BOLT
With the automotive industry shifting towards electric vehicles and increasing climate change concerns, we developed an all-electric vehicle - BOLT in 2015 and participated in FSAE Australasia, held in Melbourne (Australia). The long-term aim of the team was to advance the technology of electric vehicles so that they may become cheaper and more efficient compared to gasoline-powered conventional cars. The car design was finalized after rigorous simulation and analysis of mechanical and electrical systems using software like Ansys, SolidWorks, ADAMS, MATLAB, Lapsim, and Multisim. After all this hard work and patience, the team finally got its reward, the number one Indian team in the Formula Student electric rankings. 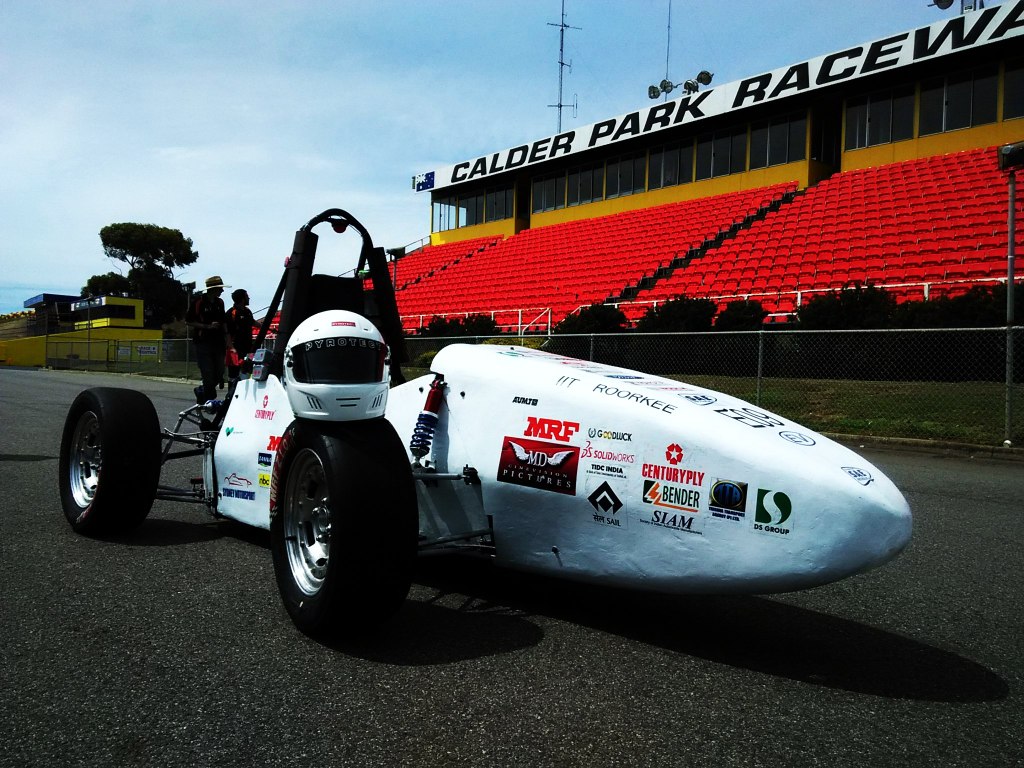 RMS13
Taking a step further from IC Engine car, the team developed a plug-in series hybrid electric powertrain-based race car and successfully participated at the international level in the Formula Student UK held at the Silverstone F1 Racetrack, UK 5-7 July 2013. It was organized by the Institution of Mechanical Engineers (IMechE) in association with Jaguar Land Rover, Mercedes AMG, Shell, etc. A total of 149 international teams from prestigious universities around the globe were registered in the event, and IIT Roorkee Motorsports was the only team with a hybrid electric vehicle in the competition.

FIITR-11
With hearts filled with passion and an aim to fabricate a formula-style racecar, FIITR-11, our first IC engine car was launched in 2011. The team participated in Formula SAE Australasia 2011 held in Melbourne in December and was the only Indian team among the 30 registered international teams to participate in the event. IIT Roorkee Motorsports became the first Indian Team to complete the endurance event. The car was also exhibited in the Design Pavillion of AUTO EXPO 2012, New Delhi. 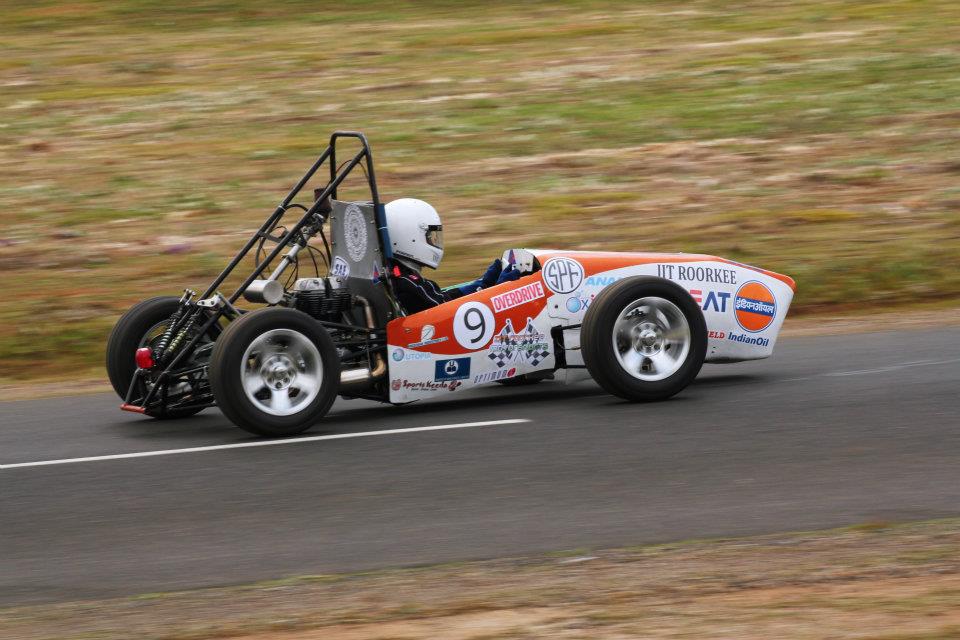